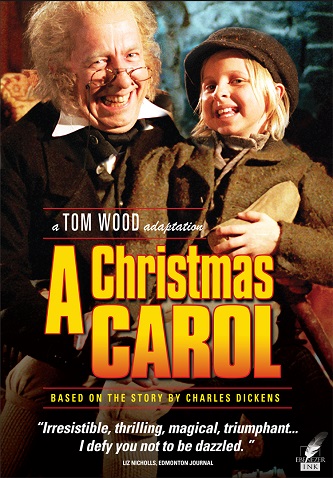 Large Mixed Cast
From the Author:

"Dickens asks us what it takes for a man, (and by extension the world) to change. He presents us with an old, bitter, hate-filled protagonist and proceeds to chart his painful passage from darkness to light

I resolved to tell this story as dramatically as possible with out reverting to tricks or narration, which I feel tends to distance the audience from direct involvement with the characters."

"5 Stars out of 5 ... Irresistible, thrilling, magical, triumphant. A thrilling new adaptation, endlessly imaginative ... The best stage version I've ever seen ...Timeless, definitive and immensely theatrical. Adapted with great affection and respect for the original. One of the most emotionally involving and dramatically satisfying evenings I've experienced in 20 years of reviewing. I defy you not to be dazzled ~ The Edmonton Sun

"5 Stars out of 5 ... Brilliant, relevant, spectacular ... Left me gasping and virtually in tears ... One of the best realized theatrical productions, period" ~ See Magazine

"5 Stars out of 5 ... Fresh, exquisite, glorious ... A hugely satisfying theatrical re-telling of the tale ... One of the most enjoyable theatrical experiences of the year" ~ CBC RADIO